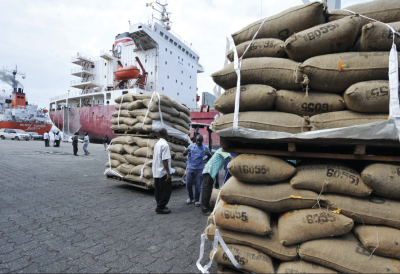 Joining the African Continental Free Trade Area may be Nigeria’s first step towards realising the potential of its business sector as a force in Africa, argues Dianna Games.

When Nigeria failed to occupy a seat at the African Continental Free Trade Area (CFTA) launch in Kigali last year, many asked why a country that has long considered itself a leader in African affairs would not be grabbing the mantle of leadership in a project of this scope and importance.

After all, the country has some form when it comes to regional integration, having been a leader in the establishment of the Economic Community of West African States (Ecowas) in 1975.

But nearly 25 years later, Nigeria was one of the last countries to sign the CFTA, alongside its tiny neighbour Benin and ahead of Eritrea.

As Africa’s biggest economy stalled at the starting gates of the initiative, questions were asked about its reticence.

The country has been a key promoter of the initiative since its launch in 2012. Nigeria continued to be closely integrated with the process leading up to the May 2018 Kigali launch and the Federal Executive Council, presided over by the vice-president, Yemi Osinbajo, had agreed that Nigeria’s signature would be on the agreement at the event.

However, it fell at the final hurdle when lobbying by policymakers, trade unions and local companies led President Muhammadu Buhari and his team to cancel the flight to Kigali, in response to accusations that the government had failed to consult widely enough on the potential impact on the economy. After further consultations and on the advice of local experts, Buhari signed it in July.

Nigeria’s central concern is that its market will be flooded by goods from other African countries, which will undermine local manufacturing and agricultural enterprises, many of which are performing well below their potential and may not survive competition.

Countries such as South Africa and Kenya as well as North African states are specific challengers given their relatively high levels of industrialisation and efficient supply chains.

Not much to show for protectionism

The CFTA has highlighted the soft underbelly of Nigeria’s protectionist trade policy, which it has employed for decades – without much to show for it.

Although the economy has made significant strides in some areas, particularly in services, the successes are few compared to the opportunities the policy has provided.

The share of manufacturing as a percentage of GDP, for example, has lingered at around 10%, rising slightly to 13% in 2018.

Economists say that under the right conditions, Nigeria should be able to increase this to over 40% by 2030. It is not yet clear whether the free trade agreement will help or hinder Nigeria’s ability to reach this target.

Meanwhile, the services sector has overtaken agriculture and industry to become the biggest sector in the economy, representing nearly 58% in 2017.

Import restrictions have been a trade policy instrument since the 1970s, when they replaced tariffs as an enabler of growth and a counter to the competition posed by imports to local producers.

In 1978, there were already 76 broad groups of import items on a prohibition list. In the 1980s, about 40% of agricultural and industrial products by tariff lines were covered by these prohibitions.

The line items have come and gone over the years but when items were removed from the prohibition list, they often quickly attracted high duties and tariffs to serve the same end. Smugglers enjoyed significant benefits, quickly moving into market gaps created by the restrictions, as Nigerians’ tastes for imports refused to be quelled by government fiat.

There is no doubt there have been legitimate beneficiaries as well, including Africa’s richest man, Aliko Dangote, who built an empire on the back of import restrictions and bans.

However, once thriving sectors such as textiles and leather, which were intended to be key beneficiaries, have been crippled by not only the country’s shift in focus to the lucrative oil sector in the 1970s, but also by the high cost of doing business in Nigeria.

This highlights the key weakness in the trade policy – the fact that governments, in imposing protectionist policies, have failed simultaneously to address the embedded dysfunction in the operating environment that has left so many companies unable to compete with imports or even meet local demand.

Companies battle against a host of challenges in manufacturing including expensive power, the high cost of money, an onerous regulatory environment, poor infrastructure, a volatile currency and inefficient ports.

In acceding to the free trade agreement, there are bound to be many positive outcomes for resilient Nigerian companies.

But the country may also end up paying the price of years of relying on restrictive trade policies, rather than investing in productive capacity, to grow the economy.

History shows the damage that was done to many companies across Africa during the liberalisation of African markets in the 1980s and 90s after years of surviving behind high tariff walls.

Signing the free trade agreement may be painful for Nigeria for a while but it also may be the first step forward in realising the enormous potential of its business sector as a competitive force in Africa.

Nigeria’s best chance of building a consumer class is not by making it difficult to get imports but by enabling the growth of a critical mass of efficient and sustainable companies.