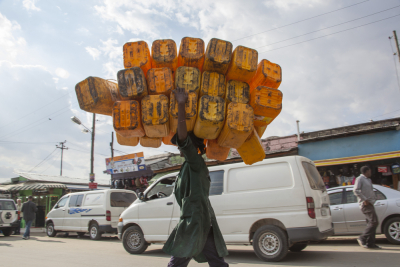 Even as much of the world moves into high-tech mode, old-fashioned industrialisation is still an aspiration for most African countries.

Increasingly, the big differentiator is cheap labour. As wage packages rise in low-cost manufacturing destinations in Asia and elsewhere, international investors are looking for new countries where they can produce competitively for global markets.

One of the nations that has put its head above the parapet in this regard is Ethiopia. This fast-growing and rapidly liberalising nation has been courting international producers to realise its ambition as a manufacturing hub in Africa. The reformist government of prime minister Abiy Ahmed sees manufacturing as another way to attract FDI as it opens up previously closed sectors of the economy.

China is well represented in the numerous industrial parks that have opened over the past few years, and aims to increase its presence in the country as more such parks, which are a key part of Ethiopia’s future industrial planning, open their doors.

Ethiopia, like China before it, has focused on the garment sector with a view to positioning itself as a top sourcing and manufacturing destination for apparel. The government has admitted that this is a risky sector to choose to kick-start its industrial ambitions, given high levels of competition, but maintains that producing for export markets is a viable way to build industrial capacity.

It plans to boost clothing exports to $30bn a year from the current $145m. And the response to Ethiopia’s offerings has been positive, with many large Chinese enterprises investing in the sector and garments being produced for some of the world’s biggest fashion brands such as Calvin Klein, H&M and Tommy Hilfiger.

The country has many advantages in its quest for developing value chains internally. In its industrial arsenal it has duty-free imports of capital equipment, tax exemptions, cheap electricity, a thriving local airline with a large international footprint and duty-free access to the US market through the African Growth and Opportunity Act.

The main drawcard is cheap labour, which is not only a key competitive advantage but a counter to low levels of skills and productivity. However, critics have hit out at the level of minimum wages on offer, saying they will barely lift workers out of poverty. Attrition rates at the clothing factories in Ethiopia are high as semi-trained workers seek higher wages elsewhere after a stint in the workplace. This is pushing up training costs for companies operating there.

Among the critics is New York University’s Stern Center for Business and Human Rights, which details its concerns in a recent report. Made in Ethiopia: Challenges in the Garment Industry’s New Frontier puts Ethiopia at the bottom of a list of countries in the textile and garment sector with an average wage of $26 a month. Next on the list are Myanmar and Bangladesh at $95, Laos at $128, Lesotho at $146 and Vietnam at $180. South Africa comes in at ninth with $244 and China 13th at $326.

The report, which looked at factories in Ethiopia’s Hawassa Industrial Park, the country’s biggest, says international brands are benefiting from the misery of workers who cannot afford to live on these wages but want jobs.

Ethiopia’s case flags up the broader dilemma for African countries looking to industrialise – whether to prioritise jobs at any cost or develop more slowly with higher wages.

But wages are not the only issue affecting competitiveness in Africa. It is also undermined by a lack of political will to address impediments in the operating environment that make Africa, as a region, one of the most expensive manufacturing regions globally.

Ethiopia is not exempt, suffering from infrastructure and logistics challenges. The United Nations reckons that while the labour costs of making a T-shirt in Ethiopia may be a third of those in China, export costs means Ethiopian-made shirts will sell for the same in international markets as those made in China.

These are some of the reasons that manufacturing continues to play a relatively small role in African economies. Although manufacturing has increased, its share of Africa’s GDP has remained at around 10% over the last decade, according to the World Economic Forum.

Huge deficits in hard and soft infrastructure are a major part of the problem. Education and skills development are well below average, while African countries also lag their Asian counterparts in terms of technology, spending less than other regions on research and development.

Low wages are undoubtedly a positive factor for investors, but on their own they are far from adequate. African economies require structural change in order to build sustainable value chains that will deliver more quality jobs and higher wages over time.

The wage issue is contentious because of Africa’s large and growing labour surplus. It is tempting to believe that any job is better than no job. And building the labour-intensive industries that Africa needs in order to absorb labour is getting harder in a world where technology is already disrupting traditional, low skilled, jobs.

Ethiopia believes its low labour costs are vital to remaining competitive while it builds a more competitive supply chain and develops vertically integrated manufacturing hubs – a hopefully short-term trade-off between wages and employment.The government believes it has no option but to start somewhere in a country facing the challenge of youth unemployment estimated at more than 50% and with 150,000 graduates coming into the market every year.

As Ethiopia’s former leader Hailemariam Desalegn said when asked about Ethiopia’s chosen path to industrialisation in an interview with the Brenthurst Foundation last year: “There is no silver bullet.”